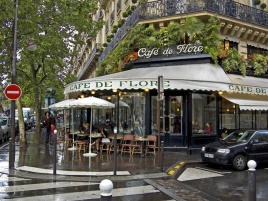 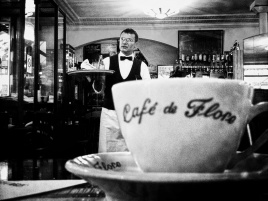 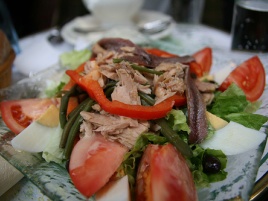 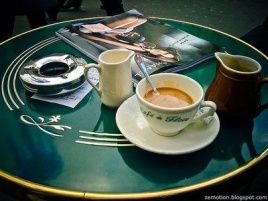 The Café de Flore, at the corner of Boulevard Saint-Germain and Rue St. Benoit, in the 6th arrondissement, is one of the oldest and the most prestigious coffeehouses in Paris, celebrated for its famous clientele.

The classic Art Deco interior of all red seatings, mahogany and mirrors has changed little since World War II. Like its main rival, Les Deux Magots, it has hosted most of the French intellectuals during the post-war years.

The american writer Adam Gopnik, in his essay "A Tale of Two Cafes" and his book "Paris to the Moon", mused over the possible explanations of why the Flore had become, by the late 1990s, much more fashionable and popular than its rival, Les Deux Magots, despite the fact that the latter cafe was associated with Jean-Paul Sartre, Simone de Beauvoir, Albert Camus, and other famous thinkers of the 1940s and 1950s. Chinese Premier Zhou Enlai was known to be a frequent patron of Café de Flore during his years in France in the 1920s.